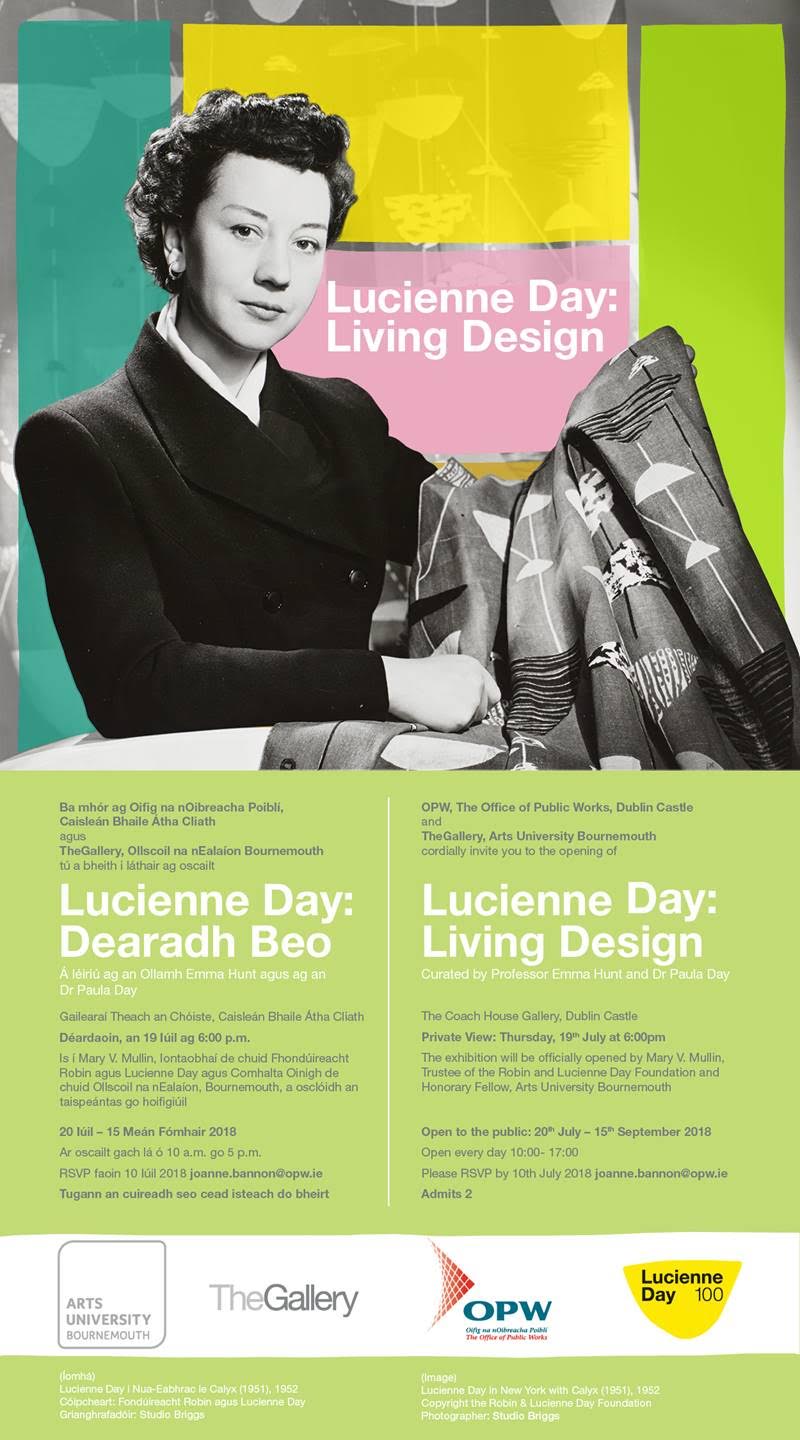 A new touring exhibition showcasing the pioneering work of designer Lucienne Day, considered one of the most important and influential women textile designers of the 20th Century will be launched on the 19th July in the Dublin Castle’s Coach House Gallery and will run until the 15thSeptember.

Lucienne Day: Living Design tells the story of Lucienne’s design career unfolding in a sequence of photographs drawn from the archives of the Robin and Lucienne Day Foundation. Photographs show the lead up to her career breakthrough at the Festival of Britain 1951, with her pioneering ‘contemporary’ design Calyx. They also evidence Lucienne’s prolific output of patterns for furnishing dress fabrics, table linen, carpets, wallpapers and ceramics. The exhibition includes current production of Lucienne’s designs, demonstrating the continuing vitality of her design legacy. The exhibition will also include “Too Many Cooks”, one of the most loved designs by Lucienne Day for a series of tea towels produced for the Irish Linen company Thomas Somerset.  This touring exhibition put together by the daughter of Lucienne, Dr Paula Day and design historian Dr Emma Hunt is a celebration of the centenary of her birth last year.

Speaking about the exhibition curator and guest speaker Dr Emma Hunt said; “Lucienne Day firmly believed in democratising design and her abstract prints hung in every “contemporary” living room in Britain by the middle of the 20th century. Lucienne Day is arguably the most important and influential women textile designers of the last century and she continues to inspire today. She championed the importance of female visibility in a largely male-dominated profession.The exhibition celebrates the centenary of Lucienne’s birth and comes to Dublin in the year of another important centenary that of women’s suffrage in the UK and Ireland”