Take That in Cinemas June 8th 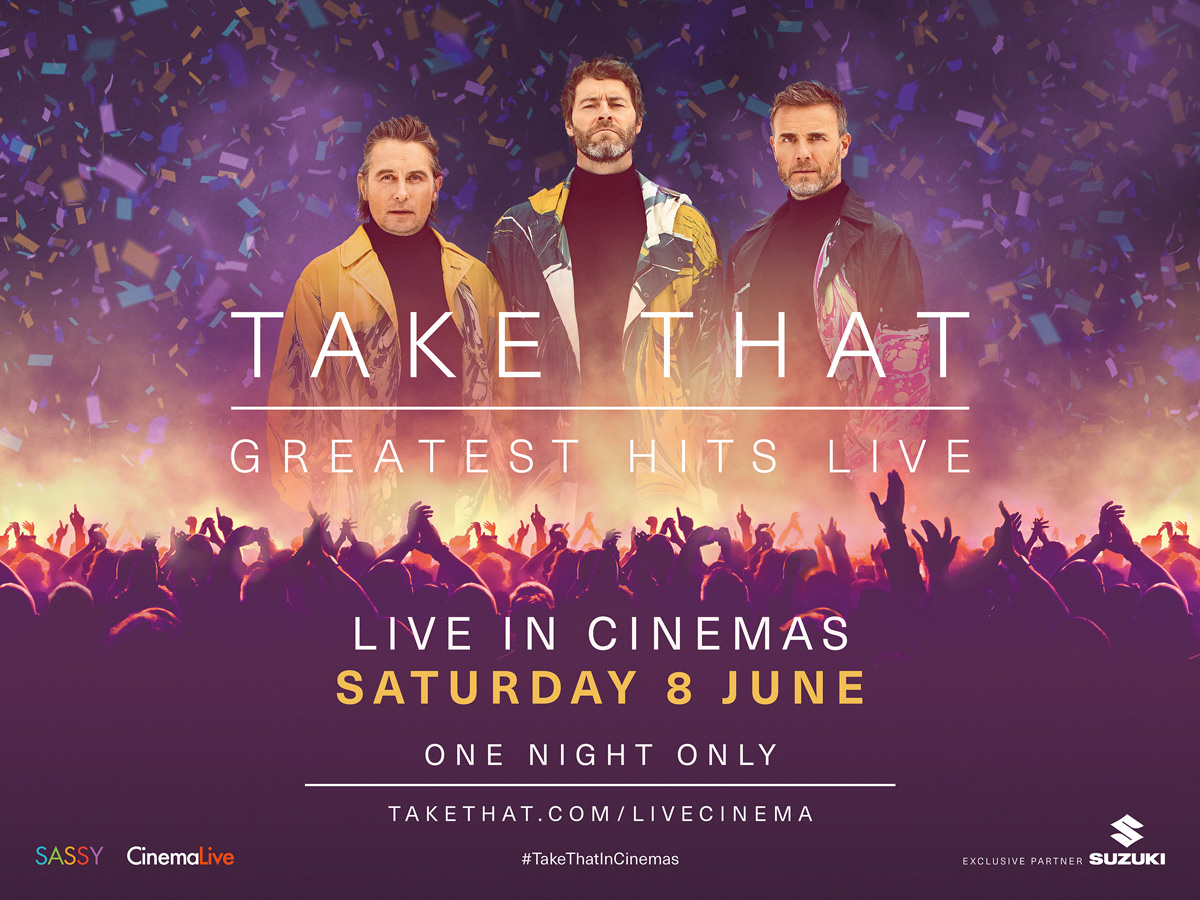 CinemaLive are thrilled to announce that the final night of Take That’s Greatest Hits Live tour from Principality Stadium, Cardiff - will broadcast LIVE into over 600 cinemas across the UK & Ireland on Saturday 8th June at 8pm. The band’s entire spectacular live show, plus exclusive cinema content, will be shown to audiences across the nation celebrating the final night of their Greatest Hits Live tour 2019.

The cinema event forms part of the band’s epic 30th anniversary celebrations which will see Gary, Mark and Howard play to sell-out audiences around the UK and Ireland, performing some of their biggest hits from the past three decades. This special one off and unique event gives fans the opportunity to experience the pioneer pop group ‘Shine’ from the best seat in the house, all for the price of a cinema ticket!

Take That said: “We’re so excited to be able to bring all our fans together for the last night of our UK tour - it’s going to be a really special night for us. To have cinema audiences all around the UK and Ireland joining us here in Cardiff will be incredible - we can’t wait. See you all really soon!”

Take That are renowned for their spectacular live shows and for exceeding expectations of live production, having created some of the most unforgettable stage shows in British music history. Following the success of the Wonderland live cinema broadcast from the O2 in 2017, they broke the record to become the highest grossing live concert cinema broadcast of all time at the UK & Irish box office. They are the only band in the world to have had a giant mechanical elephant as part of the cast for their Circus tour, not to mention a 70-foot man named Om who ascended out of the stage on the Progress tour. Walls of water, enormous holograms, circus performers, aerialists, a custom-made flying machine and a huge ball of fire have all graced their stages and the Greatest Hits Live tour is sure to be no less spectacular